This is a photographers "short story" that could easily be a novel.

A call came in from Dena Stroje, (Assistant Art Buyer, Brunner, Pittsburgh) asking about availability for an up coming project for Cub Cadet Lawn & Garden Tractors and we threw our hat in the ring with   a preliminary estimate.  We knew we presenting against 3 or 4 other photographers including one that had shot the previous year so that gave us about a 20% chance of being named to the shoot.  As events would play out, we were called in, but really were not fully of the moving parts on this shoot.  I was thinking "how difficult can it be". We were so lucky to be working with an agency who truly wanted to empower us to prevail and we were guided step by step by their art buyer, Dani Caruso and Creative Director, Steve Farrar. 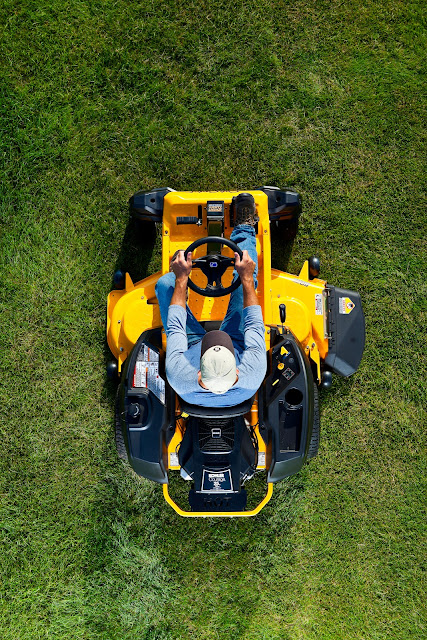 It goes without saying, but I'll say it anyway, location was very important, and grass was even more so, so once we decided where, geographically, we were shooting, we sent out our location scouts.  Nailing down suitable locations that fit the specific needs of the respective equipment we were photographing cycled for 2 weeks prior to departure time. We received nightly scouting reports and location scouting carried on well into the actual shoot.  It had been very dry in the Pittsburgh area and although there were a ton of beautiful places to shoot, we needed perfect grass.  Preferably under irrigation.  Unlike where we're based, not everyone with a big lawn in Pittsburgh has a lawn irrigation system. 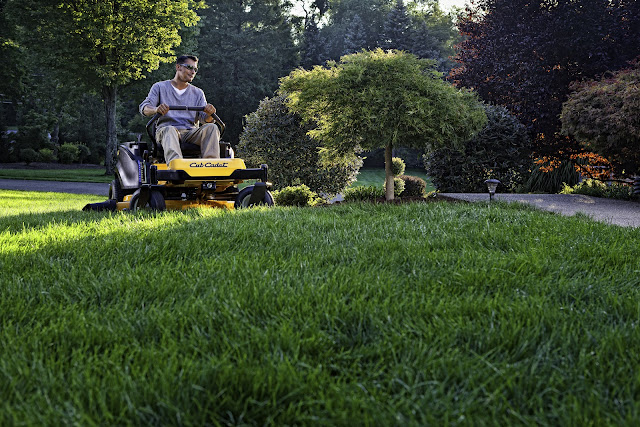 As we started selecting our shoot sites and securing permissions, we pulled in our "greensman", Greg Jones.  Gregs' sole pre-shoot job was to start watering and fertilizing our grass.  Once on the shoot with us he cared for grass, planted bushes, pruned, sodded, and planted (and pulled) schrubs and bushes.  Greg has many feature films to his credit, so his job with us was not a big deal for him. He told us that he had once turned a street in the Pittsburgh area into a street in Iraq. I, on the other hand, kinda liked having my very own gardner on hand. 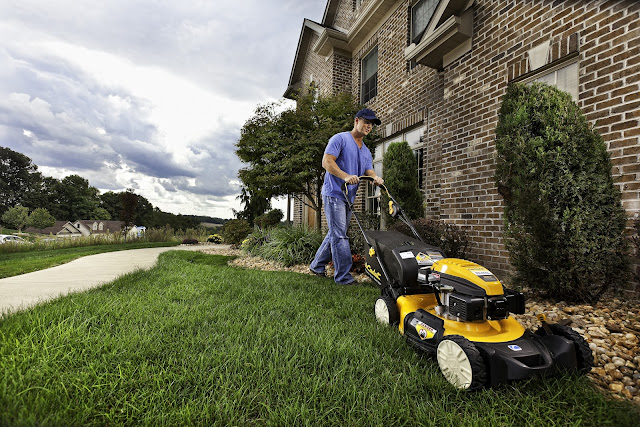 I have had the pleasure of working with a producer who is based in Asheville, NC, Kevin Gregory and wanted to pull him in to be our Den Mother.  Kevin is an "attention to detail" guy who has been in the business for a while and always thinks of things that don't even cross my mind.  Once this project was turned over to him, my pre-shoot responsibilities consisted of dissemination of information to the agency and acting as over-seer.  Once on the shoot, Kevin was always at least two steps ahead of us. It didn't matter what we needed, he led the bird perfectly.  We rarely saw Kev, but there were no less than 20 people on set ant any give time.  A veritable ocean of clients, agency, talent, assistants, stylists, equipment wrangler, props, wardrobe, trucks, trailers, lawn and garden equipage.  Kevin was the omnipresent over seer.  The Den Mother. 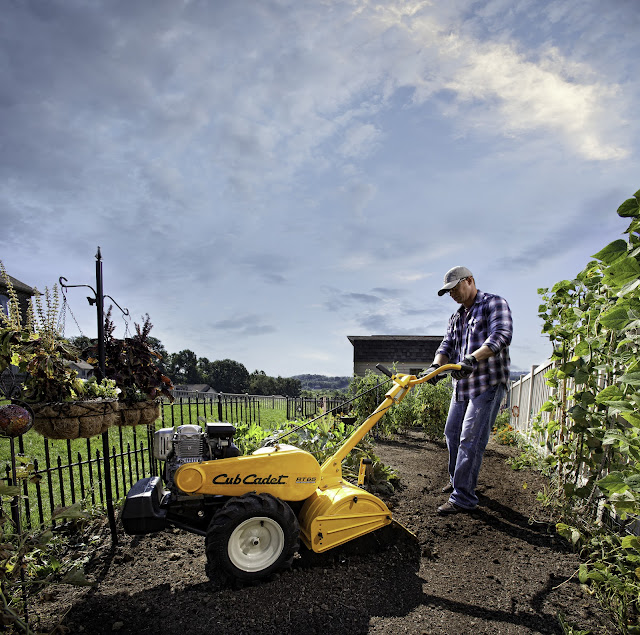 In the final analysis, I've never work with such a large group of people who played so well together. So many moving parts, so little tension.  I was really surprised at how the home owners opened up their properties to our relative "circus" and thank the folks at Brunner for their complete support for a successful result.  They had been through this seven times before. I'm excited to see how things look when they come out of post at Brunner. 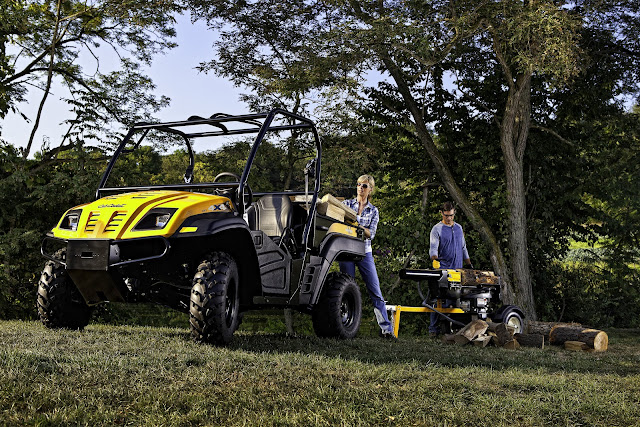