I'm not sure exactly how, but I got hooked up with Piz.  Robert Pizem, actually. He invited me out to shoot a little rock climbing, something I hadn't done in a while and I was honored to do so with him. Piz brandishes climbing industry sponsors like SCARPA, Arcteryx, Sterling Ropes, WindXtreme and Camp-USA and is a 5.14 sport and crack climber, specializing in big wall free climbs and traditional climbing.  For their websites, visit Piz's blog at http://pizem.blogspot.com.  Robert and his climbing partner Mike Brumbaugh, www.avonventuresports.com Robb Reece, www.robbreecephotography.com (my sometimes assistant, sometimes biz partner) and I hooked up for 2 sessions. I tried to shoot the story line w/ some big views, portraits and the always important detail shots in the limited time I had.  All went well and I was amazed with the ease these guys moved around the rock. They were as "at home" as most people are their living room. 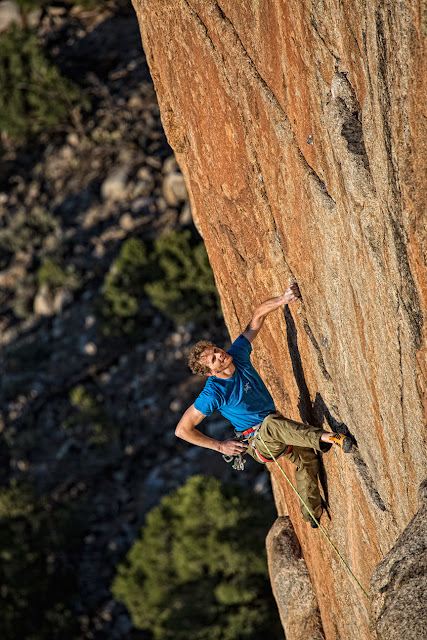 Rock Climbing is a photographic subject that has so many unique subject opportunities and presents an array of approaches. The athletes are uniquely fit and make great portrait subjects in a landscape setting.  I have always tried to shoot with the very best rock and ice climbers in my past, for obvious reasons, visually, for sure, but also because of the level of professionalism and safety. I would advise everyone else who does this to do the same. It was Warren Miller who said that when a camera is introduced into the situation, the subjects IQ drops by 60 points.
I would never want an injury (or worse) to happen on my watch, as the photographer who "introduced the camera into the situation". Here I added split supplemental lighting and a little layering to control spill, for a more stylized approach. 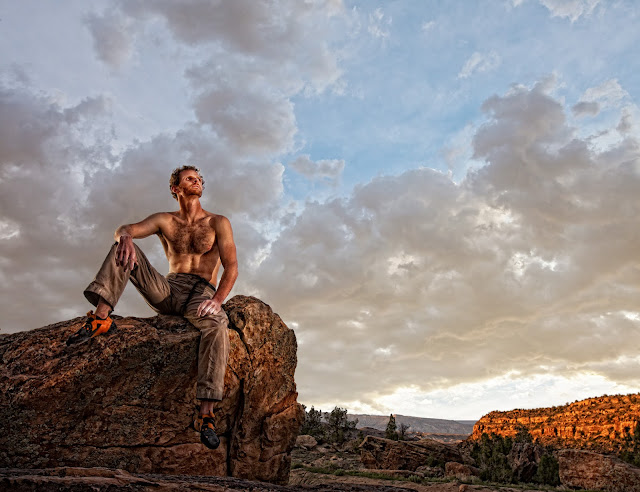 Here with natural light, a little more of a select focus and an adjustment in visual approach. Big views and small climbers. This photograph would have stood up just fine as a static landscape, but when the drama of an accomplished climber is added, additional value is created to an otherwise "walk up and shoot" image.  Really not too bad either way. We placed the Piz-man on the shady side of this rock in this bouldering situation and needed a smidgen of supplemental light to add depth and to open him up a little bit.  I placed one light "deep" so it would be coming from the direction of the main primary light source, the sky in the far field. 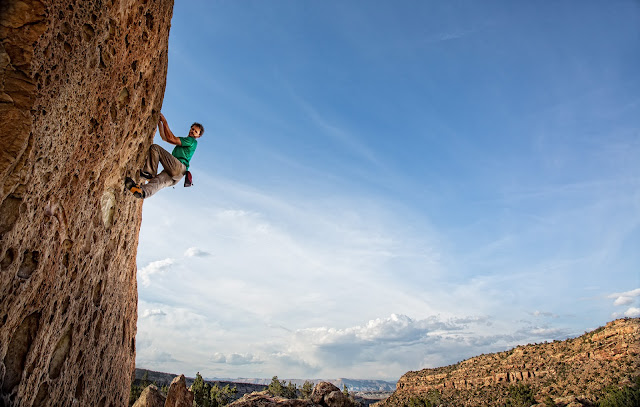 They say that if you choose something you love to do as your career you'll never work a day of your life.  I also get to wear flip flops to work. Every day. Happy shooting. 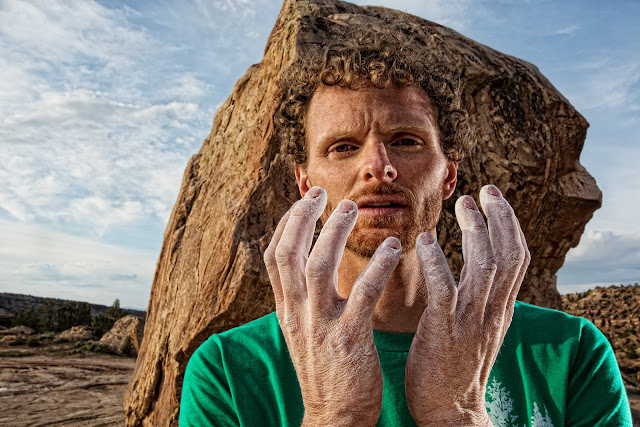 I wanted to take a moment to mention that we recently have lost another hero of Americas Greatest Generation.  Art Gilbert, born in 1921, was man who's story was so typical of so many boys who grew up in depression era America. He rode a milk cow to school each day in his youth and later, after WWII built his house, brick by brick, from the rubble salvaged from a demolition of his Methodist church down town. As an Army Engineer, he landed in the second wave, D-Day (June 6th, 1944) on Omaha Beach.  He and his gun crew, who miraculously made it ashore, were cited for actions resulting in the destruction of a German heavy gun battery that had decimated Army Rangers in the first wave landing.  Art Gilbert was a member of America's Greatest Generation that, quite literally, saved the world from the brink of destruction. Just in case you're wondering why Garth Brooks doesn't sing in German (or Japanese) today. 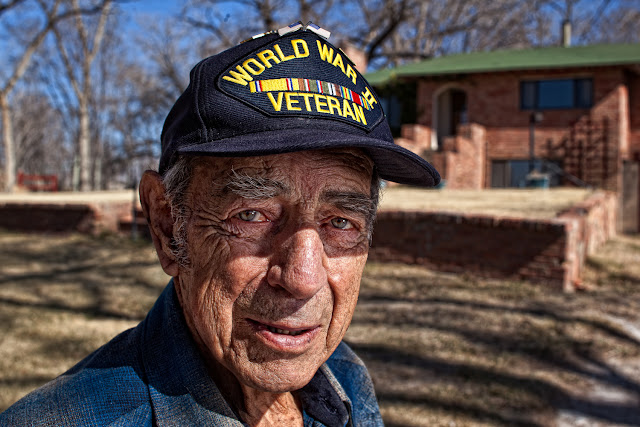 I would also like to honor the loss of my Father-in-law,  John Nicholas Simpson,  in August of 2011, who also served on the sands of the South Pacific in our conflict with the Empire of Japan.  John was an rifleman in an infantry unit seeing action in the Battle of Makin Atoll, Quagilene, Saipan and Okinawa. 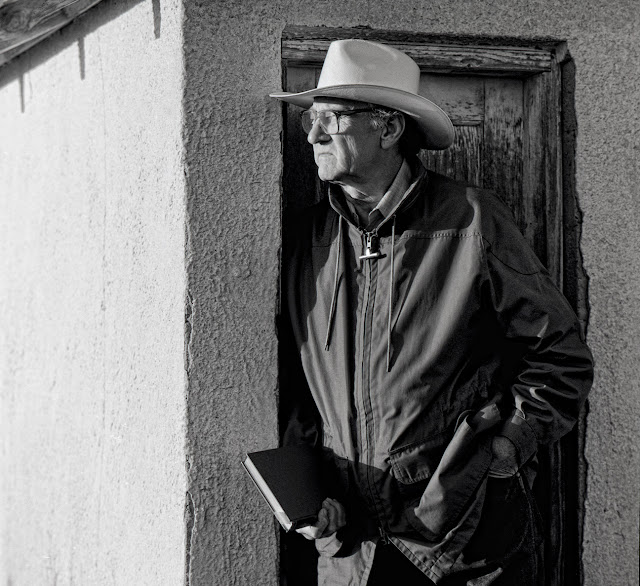 Honor a Veteran or a member of our Military Forces Today.